What is a Grow room?

This is a room of any size where the conditions are controlled for optimum growth of plants. A grow room makes use of sunlight, artificial light or it can combine both. In most cases a fan for ventilation is required due to the heat generated by artificial light.

You will also require to get a grow room CO2 regulator or monitor to manage carbon dioxide. While utilizing a grow room, you can either grow your plants in soil or without soil.

This is because as a farmer you can make the perfect combination of nutrients for the plant. The most commonly used components combined for growing plants without soil include: pertile, rockwool, vermiculiteand coconut husk.

What is carbon dioxide?

So long as you are dealing with plants and their growth the word carbon dioxide will always come up. It is therefore important to understand CO2 for plants is absolutely vital. Carbon dioxide is a gas that is invisible, odorless and non-flammable.

It is safe for humans in the maximum concentrations recommended for plant growth. However, when overdone it can displace oxygen and make you feel woozy. Carbon dioxide can be used from seedling right through harvest.

It is therefore important, to use the right equipment according to your size area and to use it properly. Carbon dioxide is a very important nutrient required for plant growth.

If everything is being done correctly and you have a finely tuned system, then carbon dioxide can be the one big difference in increasing your yields substantially.

Increasing carbon dioxide levels to your grow can significantly plant growth without having to change the way you grow.

Plants require carbon dioxide for them to grow. Plants make food through a process known as photosynthesis.

If your plants do not get enough carbon dioxide they end up having very low yields and fruits take much longer to mature. In grow rooms carbon dioxide tends to get depleted faster since the rooms are enclosed.

It is therefore crucial to ensure that enough carbon dioxide is generated in your grow room for the plants optimum growth. Plants also emit carbon dioxide during respiration, and so the majority of plants and algae are only net absorbers during the day.

There are a lot of advantages to growing plants in a grow room. You can control conditions such as temperatures and humidity. In addition, with artificial lighting you can grow your plants in any season.

Adding carbon dioxide to your grow room when all other factors are optimum is one of the biggest advantages you can give your plants.

When you increase co2 for plant growth in your grow room it results in your crop developing fewer stomata. This in turn leads to plants using less water and water-use efficiency is increased. However, increased carbon dioxide concentration leads to micro-nutrients having decreased concentrations in plants.

This interferes with other organisms in the ecosystems such as herbivores which will require them to eat more food to gain the same amount of nutrients.

The main source of carbon dioxide is the atmosphere. Atmospheric carbon dioxide on earth is regulated by geological phenomena and photosynthetic organisms.

Photosynthetic organisms use light energy for photosynthesis. They use carbon dioxide and water and o2 is produced as a by-product. Aerobic organisms such as human beings when they exhale or breathe out.

Decay of organic materials. Fermentation of sugars in bread, beer and winemaking. Combustion of wood, carbon such as coal, peat, petroleum and natural gas.

How to add Co2 to my grow room? If you increase the carbon dioxide level in your grow room set up, growth and flowering can increase substantially if all other factors are optimum. 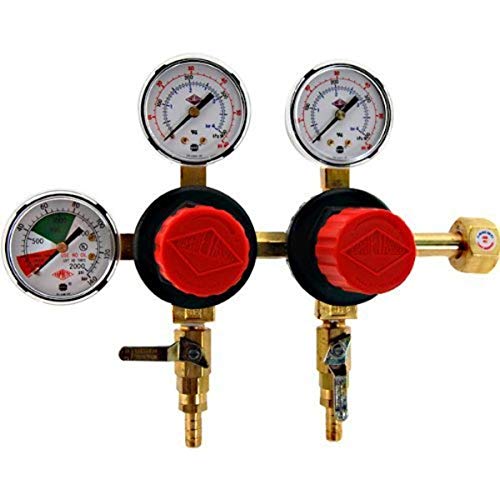 CO2 regulators and controllers are devices that are used to measure and control the level of carbon dioxide in your grow room.

They ensure that the level of carbon dioxide is kept at the desired level.

They use inferred monitoring equipment to continuously read the levels of carbon dioxide. 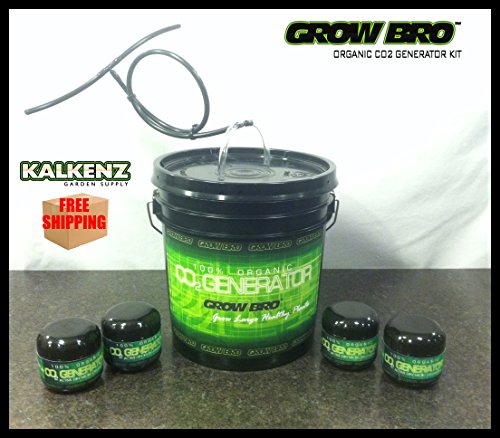 This is a machine used to increase carbon dioxide levels. Co2 generators can be fueled with propane or natural gas.

The generators also give off heat. The co2 generator work for greenhouse and are also ideal for large grow spaces.

The co2 generator runs off a propane tank burning it to give off water vapor and carbon dioxide as by-products.

Propane tanks are easy to come by and last long. However, the act of burning the propane gives off additional heat.

In addition, the water vapor adds to humidity.

This method of enrichment may not be for you if you are already battling high temperatures and high humidity.

If you are a beginner in hydroponics gardening and farming, one of the least expensive ways to experiment with adding carbon dioxide to your grow space is to use carbon dioxide bags. CO2 bags for your grow room are perfect for areas with limited ventilation and smaller gardens.

They work by releasing optimal amounts of carbon into the growth environment.

They are an economical form of carbon dioxide enrichment for the beginner and they work for the long term.

Carbon dioxide works from a combination of all-natural ingredients from the compost arena.

You can mix those ingredients and place them in a bucket where the carbon dioxide is then naturally created. It comes with an air pump that is inserted into the bucket.

The air pump works and then all-natural carbon dioxide is released to your plants.

The level of gas generated by the process is low enough to safely use it around animals and people, and it does not produce a foul odor. To release the gas from the bottle properly you will need to use a regulator.

Finding a local source for bottled carbon dioxide should not be difficult as it is widely used in many other industries like beverage carbonating, welding supply and carbonic companies.

The regulator is a key piece of equipment in your greenhouse because for the plant to properly metabolize the carbon dioxide gas it needs to be released at a slow and steady rate.

The greenhouse grow co2 regulator needs to be run off of a digital timer. 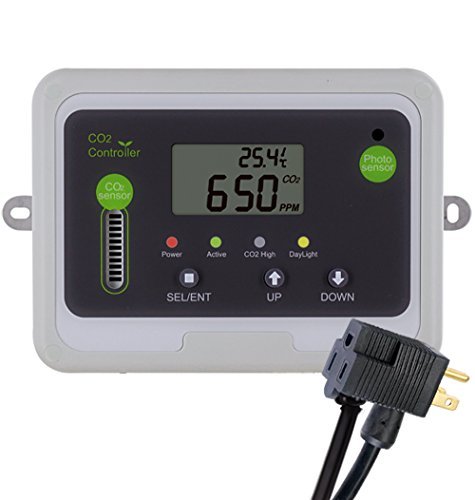 Plants do not go through photosynthesis at night and thus do not take in carbon dioxide during the night.

Carbon dioxide levels in a grow room have to be measured periodically to ensure optimal levels for growth. The test kit comes with instructions and is easy to use.

Now that you know the all about grow room co2 gas and how it helps your plants you can choose the right equipment for your greenhouse.

Generating and monitoring carbon dioxide in your hydroponic grow are vital elements that you must work to perfection to ensure maximum results.